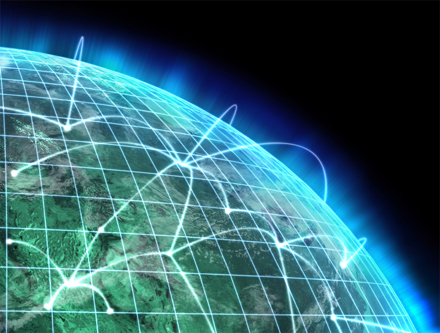 Cyber war , a very big word , but some how doesn’t seem so big. Let me first give an introduction to what a Cyber War really is. The introduction is divided into two parts , General perception & Reality !

Most of the people in security field know what cyber war is , the general perception is the perception of a cyber war amongst non technical and non security folks ! In general when ever Cyber is added to any word or any sentence,  the impact that it causes to the the listener’s mind is that “Wow ! what a cool name ! “. It doesn’t matter how critical the sentence or the word is , most people don’t take it seriously and the thought that runs in their minds is “Yeah right, this is kids stuff ! “For example , Cyber Bullying , although the impact in reality is very high but there weren’t any laws against it until recently. People used to think , what the hell cyber space is a joke. Its for children , having fun and messing around.

Similarly if people hear about Cyber War any where , they just don’t take it seriously. In their minds they are like , “Cyber War , huh ? What is that ? What can a Cyber War do to me or my country !? ” , because according to them the definition of a cyber war is just a bunch of hackers who don’t have any social life , attacking web sites of other countries and defacing their webpages and then boasting about it , online or amongst friends.

Then these people watch movies like “Die Hard 4.0” and start thinking about the whole concept as just pure entertainment. Thus destroying the slightest spec of seriousness of the word in their minds.

In reality Cyber War is a kind of war that starts in the Cyber Space , followed by air & ground attacks , which are pretty real. As in the current age , where cloud computing is the next best thing. Where next generation network technology is in its adolescent phase , where every thing is controlled through a micro chip, or to simplify it  , every thing is computerized. Nuclear Facilities , Hospitals , Industries , Military defense , Electricity etc are all controlled virtually ! I give the example of the movie “Die Hard 4.0” again , though I am not infatuated with this movie but the concept of Firesale is pretty accurate and as this blog is a reference for the Security people as well as a source of information for non technical people thus giving an example of a movie is better then explaining the whole science ! To sum it up , as every thing is automated and computerized thus attacking the systems on a virtual level and bringing them down and as the country gets crippled , its just a matter of walking and claiming it for oneself .

Ok!  Enough with the introduction now lets make things interesting .  Lets start with Stuxnet!! Stuxnet is a very sophisticated cyber weapon created by the US & Israel  against Iranian nuclear facilities. According to the current press , it caused serious damage to the nuclear plan of Iran. Then the appearance of Duqu Malware which was the successor of Stuxnet. Duqu is quite different from Stuxnet, it has a modular structure like Stuxnet but it isn’t equipped with modules for SCADA systems attack. It is only able to steal information from the host system.In recent years China has come on the maps , as a threat to cyber defense. Google in 2010  blamed china for conducting very sophisticated attacks against the Google’s servers.Recent Anonymous attacks against US as well as other countries is also worth mentioning. Wikileaks is also an important part of whats happening in the cyber world.

As Cyber War is the new trend , thus it is very hard to distinguish between cyber criminals and cyber warriors or cyber soldiers. Cyber Armies are being created with full government backing in many countries. As now Cyber space is considered to be a zone which has the same level of importance as the other zones of potential attacks for example Land , Sea , Air !

A full scale Cyber War resembles a Cold War , where you don’t see much activity as during a normal war but , has the power to break down USSR all over again !!!!